Marschall group has a history of more than 60 years. Quality and reliability are our cornerstones.
Three generations of Marschall’s family business operations . The Marschall Group family business continues to grow with the assistance of 10 family members today.

In the late 1950's the Marschall family moved from South Australia  to North Western New South Wales paving the way for a new era of business within the family.

After purchasing and developing a new property for grain production the family purchased a semi-trailer to haul grain to new markets.

Mobile Crane Hire was added to the existing fleet in 1963. Extensive use of irrigation and broad acre farming led the Marschall Group to further expand the crane operations.

In 1974, the Marschall family purchased the first aluminium-tipping trailer in the region .
Marschall Group has established and maintained a reputation for a high quality and reliable service.

Mann's Transport has it own rich history in the region. The company commenced operation in early 1950 with one 3 truck and focused on local haulage. By the end of 1950 Mann's transport were managing  mail deliveries for Australia Post. This work has continued for 25 years. Since 1986 the business has been further developed under the Marschall Group banner to include:
• Local lift & shift and tilt tray work.
• Interstate haulage
• Daily general freight services to and
from Brisbane.

MarschalI Group offers more than transport. It offers a one stop shop to your transport needs. Marschall group operates a fleet of mobile cranes that range in capacity from 20 to 200 tons, providing lift & shift operations.

Marschall Group has continued expanding the
general freight operations of Mann's Transport. Regular Services are now offered to Gatton, Toowoomba, Millmerran & Moree. As well as Bulk Haulage of grain & fertilizer into Northern New South Wales and Southern Qld.
The Marschall Group continues to grow and expand it's fleet to meet the quality and reliability expectation of valued clientele.

Email us detailed information for an accurate quotation. 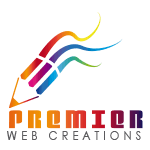